Burma, once the world's largest rice exporter, has set the government's policy of becoming the world's leading rice exporter. Together with the many advantages Myanmar's rice industry has to attract foreign investment, Myanmar has become a world-renowned trade center for rice and related industries The investment base is expected to become one of the top five rice exporters in the world after 10 years.

Burma is the world's largest per capita rice consumption country and once the largest rice exporter in the world. Consuming only 210 kilos of rice per capita, Myanmar accounts for almost 75% of Burma's food. However, due to years of economic sanctions, its rice exports have been affected. As Burma's economy becomes more open, Myanmar plans to double its shipment of rice again. By then, Thailand, Vietnam and Cambodia will have a certain degree of challenge to their status as big powers of rice.

Earlier, the director of trade promotion department of Myanmar's Ministry of Commerce said that the annual supply of polished rice was 12.9 million tons, 11 million tons higher than the domestic demand. Myanmar's rice exports are estimated to have risen to 2.5 million tonnes in 2014-2015, up from the annual forecast of 1.8 million tonnes in April. It is reported that more than 70% of Myanmar's population is now engaged in rice-related trade. The previous year's rice industry contributed about 13% of the gross domestic product, with China accounting for about half of the total.

According to last year's report by the Asian Development Bank (ADB), Myanmar has the advantage of low production costs, vast land, sufficient water resources and labor force. The natural conditions for developing agriculture in Myanmar are good, sparsely populated, and the terrain is high from north to south. Burma's Irrawaddy Delta is characterized by vertical and horizontal channels, dense ponds, soft and fertile land and convenient waterways. It is also known as Burmese Granary. According to Myanmar government officials, the area of the Irrawaddy Delta in Myanmar is larger than the Mekong in Vietnam and thus has the capacity to increase rice production and exports.

However, Burma is currently facing another dilemma in rejuvenating the rice industry. About 80% of the rice mills in Myanmar are small-scale and rice milling machines are outdated. They can not grind the rice into an international buyer's requirement Of the fine particles, resulting in broken rice more than Thailand and Vietnam 20%. This provides a great opportunity for the export of our country's grain equipment.

We have a relatively high level of food processing in our country and an excess of processing capacity. We have certain advantages in the processing technologies of some food varieties. The Chinese government also encourages grain and food processing enterprises to go out. In general, as Myanmar has intensified its attention to agriculture and infrastructure construction in recent years, the demand for agricultural machinery and food machinery is increasing. This has provided opportunities for Chinese manufacturers to enter the Myanmar market. 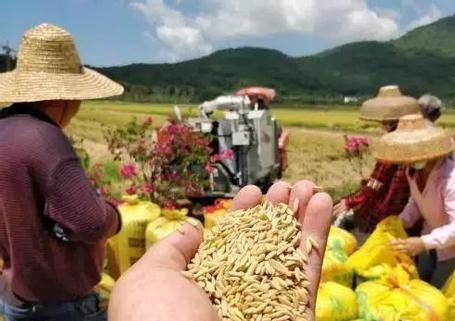